Suitcase talen is a small school for highly educated people. Efficient class programs enable students to learn fast.
Suitcase talen always has been an evening school since its beginning in 1995. Students come after work, or after a day of taking care of the children.

Students of evening schools are motivated learners- however, it is difficult to find teachers willing to work until late in the evening.

This is the reason that Margreet Kwakernaak, the founder of the school, in 2011 decided to do all the teaching herself.
Although she missed the input of her former colleagues, this decision gave Margreet a great opportunity to specialize in teaching highly educated people and to do the work she likes best.

Since that moment Suitcase talen has enjoyed a good reputation: that of a well-organized school with class programs that are based on many years of experience, enriched with new elements and techniques. 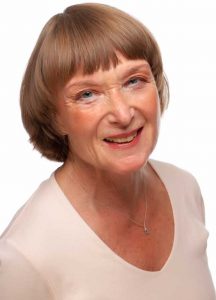 Before she started Suitcase talen in 1995, Margreet Kwakernaak taught young people from 12 to 17 years in secondary school and students from 19 to 65 in adult education.
Margreet Kwakernaak studied Spanish language and literature at the University of Amsterdam.