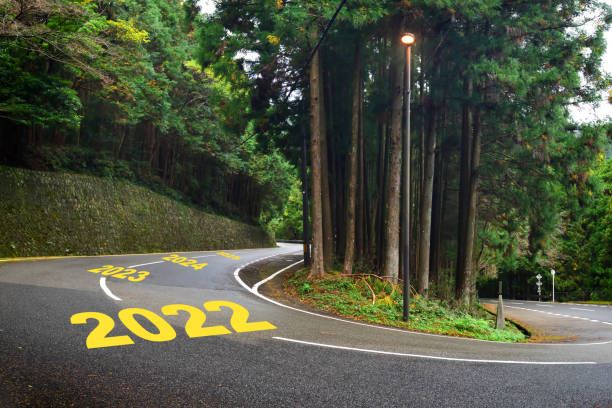 Dutch B1 – how many hours? Many factors influence the time that it will take to learn Dutch. Your native language,  your daily contact with Dutch and the method: those are the three most important ones. In this post we explain why.

Before you start: Language Levels CEFR tells you where A2 and B1 stand for.

The first factor that influences how long it will take to reach Dutch B1 is your native language.

If your mother tongue is German, you’ll learn Dutch with an amazing speed. Dutch and German are like brother and sister- they resemble each other. On the other hand, those resemblances may confuse you. ‘False friends’ is the name for words that look alike, but have a different meaning in the other language. In Dutch: ‘ik mag zwemmen’ means ‘I am allowed to swim’, whereas German ‘Ich mag schwimmen’ means ‘I like swimming’.

Do you know English? Well, that helps to learn Dutch! English belongs to the group of Germanic languages as well: Danish, Scottish, South-African, Norwegian and Swedish are the other members of the family. But, if you speak English more often than Dutch, word order in the Dutch sentence is hard to learn – it is completely different from the English one. In addition, South Africans have hard work to learn Dutch verbs – the Dutch change all the forms of the verbs, whilst the South Africans do not.

Dutch B1 – how many hours? compared to English B1

Consequently, the more your language differs from Dutch, and the less English you know, the harder you will struggle to learn Dutch.  Ben Night of Cambridge University did research, and found out how long it takes to learn English. Understandably he researched a limited number of languages – those of the Cambridge University foreign students.  Please note that the numbers of hours he mentions in his report are for reaching level B2 English. I edited Ben’s numbers for level B1.

The outcomes for the requird hours to learn English level B1

However, German speakers need 335  hours – as German and English are less alike than German and Dutch.

These outcomes show that the more your mother’s tongue differs from the language you want to learn, the harder you have to work to learn that language.

Second: your exposure to Dutch speeds up learning

The second factor that influences language learning speed, is exposure to the new language.
Whether you do an intensive course, work in Dutch, or independently study Dutch: daily contact with Dutch keeps your brain busy. The more you are actively using the language, the sooner the words migrate from your short-term memory  to long-term memory. Once arrived in long-term memory, they’ll stay there,
For how long? That depends on the use you make of them. ‘Use it or lose it’ applies to all skills.

For instance, think of sportsmen and musicians – they have to train every day – not only to get better but also to maintain their skills.

For now, back to language learning. What comes in by drops, like small bits of new language once a week, will enter your short memory, but, the learned things disappear before the seven days are over – unless you repeat them during the week.  Let’s look at a second example. Do you remember the weekly classes at school? A week later, the teacher had to start class repeating the stuff of the week before. That was good for the salary of the teacher, not for you!

Class twice a week is better – and best is to  spend on the language 45 – 60 minutes per day. Be it in class, by watching tv, or studying with e-learning or a textbook – whenever you make your brains work on the new language, new things will transfer from the short-term memory to long- term memory.
For how long? That depends on how much you use the new language.

The internet and tv are your best friends

At his point many of you say: I cannot influence that, because: ‘I don’t live in the Netherlands’ – ‘my work is in English’ or ‘ Dutchmen switch to English when I try to talk Dutch’ .
Yes, all of this may happen, however, the internet and tv offer as much exposure to Dutch as you want. Using those resources to  both have fun and learn, is part of your exposure to the language.

Read more about this in Word learning: make it part of your daily life

Dutch B1 – how many hours? Method comes third

In short, learning a language by yourself is the longest way of all to reach Dutch B1. Only when you are under 20 and at least 12 hours per day immersed in the new language, you may learn fast without guidance.

For example, think of your childhood. How long did it take before you talked your mother tongue correctly? How many years did the native language classes last? Children need 5-6 years to master the 5000 words belonging to the B1-domain – and when at home two or more languages are spoken, it may take longer. Read more about level B1 in Dutch B1, how to reach

Some good courses, not necessarily taken without any break for repetition or the gaining of other skills, give the fastest results. First, let’s see how many hours Suitcase talen students needed when we still had the traditional language courses: at the location, including grammar and written exercises, and 25% talking time.

To summarize, from level 0 to level B1:  270 hours, 30 weeks : considerably less than mentioned by the researcher of Cambridge University.
However, nor the European nor the British definition of language levels is conclusive. The British have a long tradition of classifying language levels in Beginners, Intermediate and Advanced.

Due to the Corona crisis Suitcase talen switched to the Delft method in September 2020. The Delft method  is based on e-learning with conversation classes. Especially in the beginning, communication is more important than correctness. Grammar is reduced to an indispensable minimum, and what has been learned with the e-learning is practised in online group conversations.

Reaching level A2 with the Delft method, starting from 0, requires 27 class hours (online conversation). Study time at home with e-learning: 40×4=160. In total, 187 hours, 20 weeks. End level, especially of speaking, higher than the weak A2 of the traditional courses.

Resuming: going from level 0  to level B1 with the Delft method requires 374 hours, 40 weeks. That’s a hundred more hours than with traditional courses, but your end level is considerably higher: you are on your way to level B2 already.

Certainly, the mentioned numbers are the absolute minimum number required for hard-working highly educated students.
‘Hard-working’,  means studying 4-6 hours per week, next to a full-time job – as most Suitcase talen students are full-time working expats. Many of them are highly skilled migrants. Their wives also join. They may be at home with children, but some even work full-time. They bring their child to daycare.

Of course, some students spend more time than the mentioned number of hours. Besides, in between modules they may take a break, sometimes to repeat. However, more often  they take a break in their Dutch studies because work requires some other course.

Anyhow, all of them are very motivated and disciplined – a requirement if you want to complete the Delft method up to level B1.

The Delft method at Suitcase talen

Above all, the e-learning and the online conversation classes offer a lot of flexibility – some students fully participate from abroad, others temporarily. They join the class even when they travel for work or visit their parents. Absence of class is a rare phenomenon in online learning!

However, the numbers in this blog don’t take into account any obstacles in your path.  Yet, the mentioned number of  hours are not invented – they are from practice. In less than a year  the  first students reached target B1!

Of course, some students stopped completely. Either the method was too speedy, or they did not like the method. Some of them could not combine it with work. Other students are taking a break for personal reasons. The modular system, which is unique for Suticase talen, offers that flexibility.